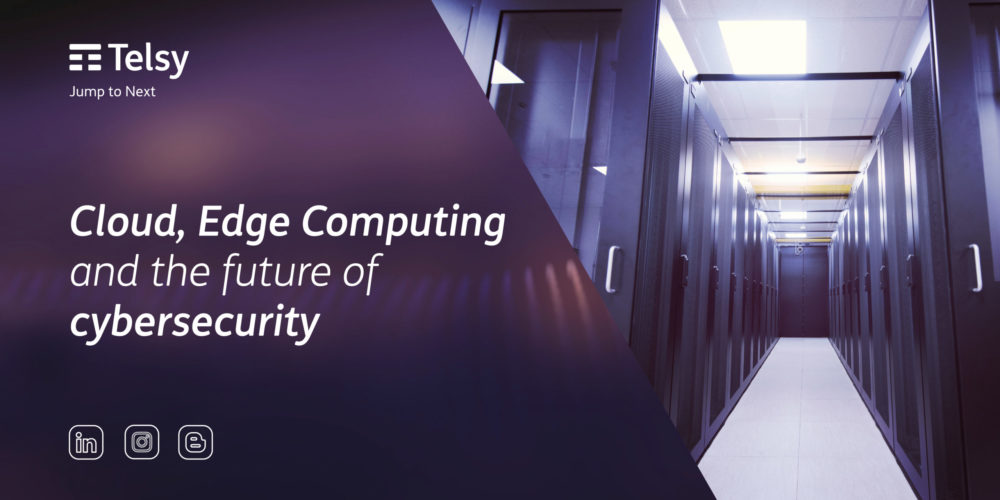 Cloud Computing is today a fully consolidated and still expanding reality, but the exponential development of IoT and 5G technology is increasingly attracting attention to Edge computing, a new distributed computing model designed to bring data processing to as close as possible to where the latter was produced.

The debate on which is the best system to adopt, especially with regards to IT security, is still heated, given that both systems have advantages and disadvantages according to the different applications.

The advantages and vulnerabilities of the Cloud

Cloud computing undoubtedly has several advantages, since it is a flexible and inexpensive system that has also already been proven by years of use for the supply and use of numerous services via the internet. Services ranging from those of online cloud storage such as Dropbox, to streaming video on platforms such as Netflix. The essential feature that all these services have in common is centralization, in fact every time a request is sent, it is sent to the cloud provider, which processes it and then sends the desired content to the user.

The main problem of the cloud, especially with regard to businesses, is related to the fact that corporate services and data are in fact entrusted to third parties, being exposed to a higher level of risk, both in terms of security and privacy. According to the Cloud Security Alliance association, the top three threats to cloud systems are unsafe API interfaces, data loss or theft and hardware failure, which account for 29%, 25% and 10% of all cloud security issues, respectively.

Furthermore, the widespread use of virtualization in the implementation of the cloud infrastructure creates other security problems, because virtualization alters the relationship between the operating system and the underlying hardware, introducing an additional level that must be managed and protected correctly.

Despite its limitations, Cloud Computing will continue to be used in the coming years, but many experts are confident that the implementation of some new technologies, including 5G above all, will lead to a gradual transition to new computational models.

The telecommunications sector is experiencing a moment of rapid transformation, thanks to the convergence of a series of technological innovations, including that of 5G, which will certainly play a central role because numerous other technologies depend on it.

Without going into technical details, what is known for sure is that 5G technology will not only increase the speed of transmission and reception of data, but will also allow the simultaneous connection of a large number of devices, also providing a higher spectral system efficiency , which will allow one to increase the data volume per unit of area.

All these characteristics are absolutely fundamental for the definitive diffusion of the Internet of Things (IoT) and of all the technologies that underlie the development of the “Smart city” and industry 4.0.

Several 5G applications go perfectly with some Cloud Computing properties, such as support for ubiquitous connectivity and elasticity, but the development and diffusion of IoT technologies are introducing new requirements, including geographic distribution, low latency and support of mobility, which current Cloud systems cannot fully satisfy.

The solution to these problems could be the new model that has been developed in recent years: Edge Computing.

As the name suggests, it is a radically different system compared to the cloud, because it is based precisely on the decentralization of data processing procedures, carried out precisely on the “margins” of the network. This fact has significant advantages in terms of processing latency, reduction of data traffic and greater resilience in case of connection interruption. These qualities therefore make Edge Computing particularly suitable for the implementation of IoT devices interconnected through the 5G infrastructure.

From the cybersecurity point of view, the Edge has several advantages, which mainly depend precisely on the fact that the data is processed locally, eliminating the risks deriving from the series of data transfers, very often encrypted, which are inevitable when using regular cloud solutions. With Edge computing, calculations take place at the IoT device or perimeter server level and the only transfer is that of the final result to the user.

However, this new model creates new types of problems, which should not be underestimated. The main risk is due to the lack of a global reference perimeter. In fact, since the edge data centers do not depend on a centralized system, all the relevant assets of the network infrastructure are controlled by different actors who must cooperate with each other and consequently each element of the infrastructure can be subject to attack at any time.

The Edge model is not yet widespread and although many analysts believe that in the long term it will almost completely replace the cloud infrastructure, it will first be necessary to develop security protocols that allow one to mitigate the new types of threats to which data could be exposed.