The logical qubit and the correction of quantum errors

SideCopy APT: from Windows to *nix

SideCopy APT: from Windows to *nix

As previously published by 'TALOS Cisco Security Research' also in this campaign, in addition to the military themes, SideCopy used publications, invitations to submit documents/proposals and reproduced phishing portals posing as Indian government webmail to trick victims into divulging their e-mail credentials.

SideCopy‘s delivery infrastructure consists of using compromised websites to deliver malicious artefacts to specific victims. In this campaign, the portal 'hxxp://assessment.mojochamps.com' was compromised, the WebShell named 'WSO version 4.2.5' was uploaded, and the infection chain began to spread.

The infection chain for Windows systems has remained relatively consistent with minor variations, but unlike previous observations an infection chain for *nix systems has been introduced.  SideCopy continued to send spear-phishing e-mails with malicious file attachments ranging from WEB links to LNKs that installed remote access trojans (RATs) on infected systems.

In addition, SideCopy used the BackNet agent in some infection chains. BackNet is a Python Remote Access Tool. It is made of two main programs:

– A Command and Control server, which is a Web interface to administer the agents

– An agent program, which is run on the compromised host, and ensures communication with the Command and Control.

The agent can be compiled to native executables using pyinstaller and is therefore compatible with both Windows and *nix operating systems.

The portal 'hxxp://assessment.mojochamps.com', compromised by the threat actor, had malconfigured open directories that allowed access to directories and files saved by the cyber-espionage group.

The analysis of the files on the compromised website made it possible to draw up a timeline of the activities conducted by the SideCopy group. Between the upload of the first WebShell and the last reported activity, which appears to be the creation of the Indian government’s webmail phishing page, there were various activities such as uploading PHP and ELF files along with decoy documents.

Depending on the context and modus operandi, all PHP and other files are consistent with each other, which makes it possible that the compromised site was used by the same threat actor to target only India.

Analysis of the log files generated by the PHP pages was able to identify around 400 unique IPs, most of which were concentrated in India. Some of these IPs were attributed to Indian governmental  and civil organisations by analysing the information contained in the Whois registry databases. For example: 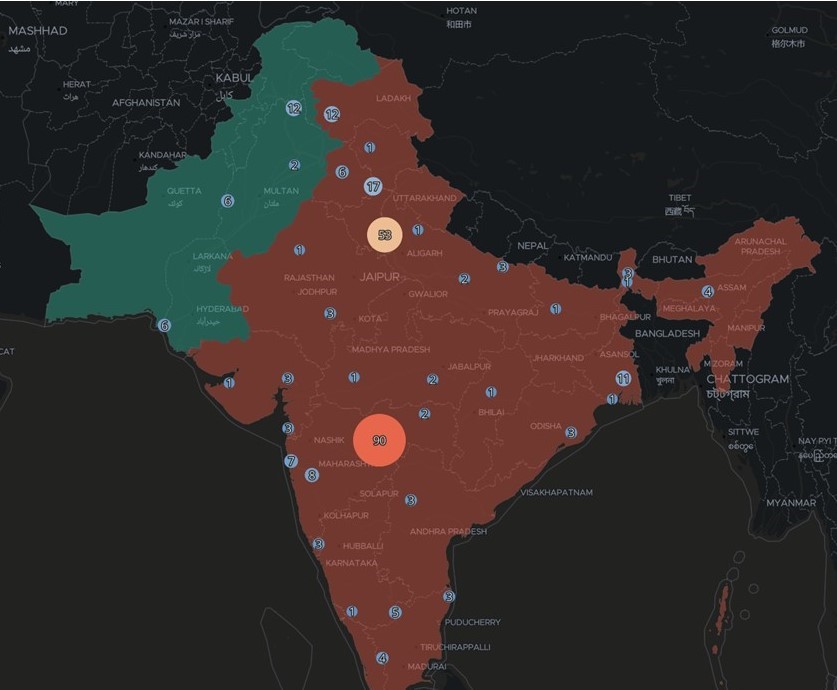 Fill the form below to download the full report