Your IP network is not entirely yours; it encompasses links and devices controlled by carriers, by your provider and by your employees – if you have a BYOD (Bring Your Own Device) policy. It opens its doors to the visitors of your websites, to the partners that cooperate with you and to their personnel. It has many access points to connect with other technologies – PSTN, cellular, legacy mainframes… – that sometimes have their own views on what confidentiality and authentication actually are. You should expect, however, that the data that passes through these networks remains visible to your eyes only. A valid expecation, since that data represents the lifeline of your organization. It deserves to be encrypted with the best algorithms, secured even against the emerging threat of quantum computers, and carefully implemented in reliable devices, designed and crafted by world-class security experts trained to protect State and military secrets. In other words, your data deserve Telsy encryption.

The algorithms within the Sirio family are designed from the ground up to protect the confidentiality and integrity of data transmitted on IP networks. Sirio crypto devices:

To satisfy every need and to accommodate every network architecture, Sirio devices come in different specifications, derived from the government-approved models that protect National secrets:

To define and distribute the keys and the security policies to the Sirio devices, using smartcards or crypto tokens, each network will have at its core a Key Distribution Center.

You will benefit from: 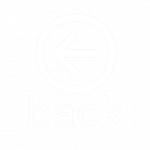